Aron writes a nice report sharing his game against England No.1 Mickey Adams.  Great stuff.  Over to you Aron : 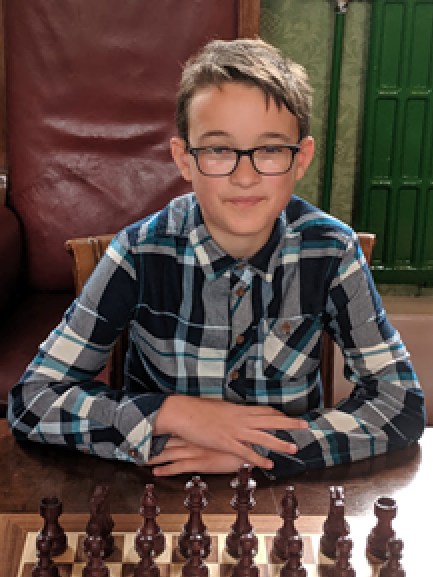 In March, I played in the U18s rated section of a tournament at King Edward’s School in Witley, which was run by GM Nick Pert. As I placed top 5, I qualified for a simul against Michael Adams, who currently has the 3rd highest ECF rating and the 9th highest FIDE blitz rating in the world.

As the simul was on a Thursday, I took the day off school and my parents drove me to the school. As Michael Adams was arriving by train, he needed a lift from the station which we were happy to provide.

As I walked into the playing hall, the boards were already laid out and I sat down at a board of my choosing. As I had forgotten to bring a scorebook, I quickly made a notation sheet from a spare piece of paper.

GM Nick Pert, who was hosting the simul, stood up and introduced GM Michael Adams as one of the best chess players in the world who has beaten many of the top GMs multiple times. After that, Michael Adams showed me and the other 20-odd people who had been invited one of his previous games, which was very attacking and would have had a good chance of winning the Downend and Fishponds Mike Wood trophy.

Nick Pert explained the rules of the simul, and that he would be coming round to all the boards with advice for the players. Michael Adams then shook everyone’s hands and played his first move: 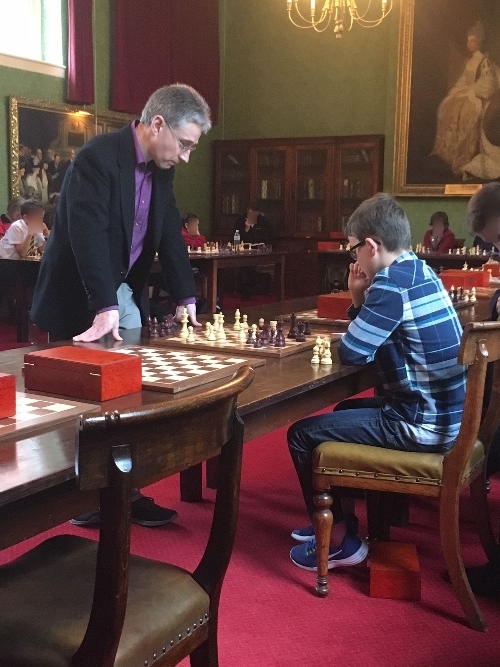 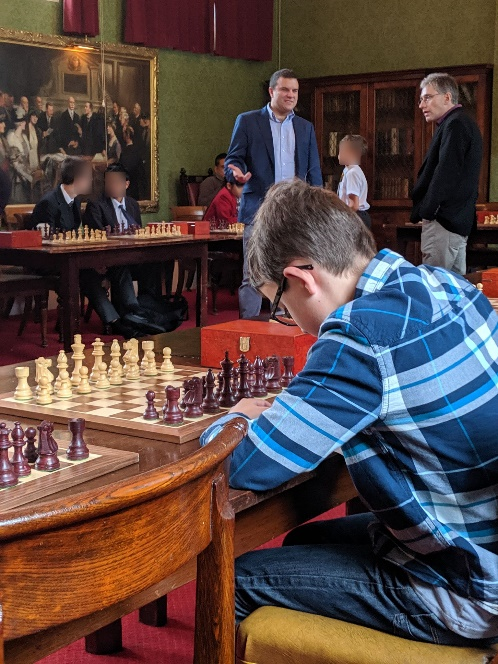 I am happy with my result, as I played the opening well and stayed even for about 20 moves.

You can see Aron’s game in our Games section.