Click on game title or chess board for the full game and annotation.

A solid win from Bilal representing Downend and Fishponds Chess club in the Bristol League Minor Knockout.  There was a similar decision point in the game which occured in the 13th game of the 1954 World Championship match between Smyslov, Botvinnik, take a look.

This was Finn’s Round 6 Championship game at the Millfield International against Stephen Higgins of Gonzaga School.  This was Finn debut for Bristol Juniors, he played solid chess throughout the weekend and won the board prize finishing on 6.5/7.  Well done Finn!  A superb effort.

Aron’s game against GM Mickey Adams, a good game and the bonus of missing school too. 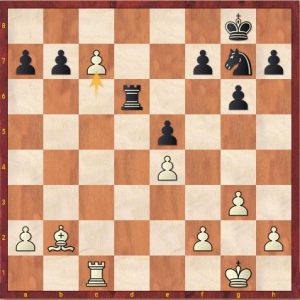 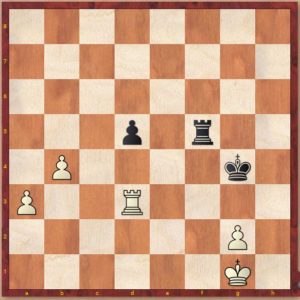 Bilal makes his first standard play tournament debut.  His constant control of the position and his technique upon getting a winning position against a seasoned oppoenent are a delight to behold.  Well played Bilal. 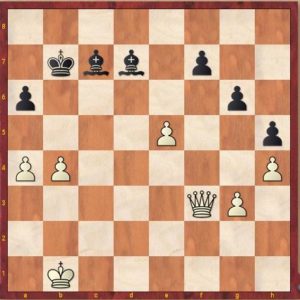 This is a game (with some annotation) from Toby during the 3rd round of the 10th London Chess Classics U1825 section.  A cheeky trap and pawn sacrifice wins the day. 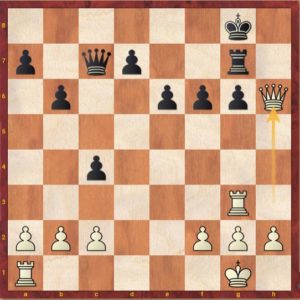 Oli’s 4th round win in the Under 2050 Weekender at the London Chess Classics.  Oli had a very successful weekend winning the overall FIDE Rating Prize in his section. Well done Oli ! This French game features the rare Schiechter variation.

Another cracker from Aron. (Pardon the Christmas pun) This was his 4th round game in the Under 1600 Weekender at the London Chess Classic.  He show great tenacity and came through with a fantastic win. 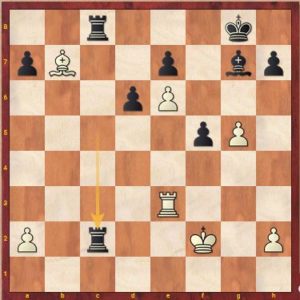 (Bristol and District League – Game of the Season – )

This game was voted as Bristol and District League Game of the Season played by our junior Aron Saunders.  Aron’s thoughts on this game :

“The game was my first ever league match, so I didn’t know that I had to notate. However, Ian Pickup kindly watched the match and notated it for me. This meant that he saw the game, and sent it in to the Bristol Chess Times, who liked the game and chose it as Game of the Month. The game then went on to become people’s vote for Game of the Season, which was a nice surprise and made me very happy!” 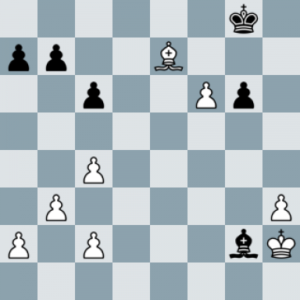 (Bristol and District League – Clevedon A – Horfield B)

This was a dynamic battle against a much stronger opponent. Things were pretty level until 25 Qxf7 and it is difficult to resist a free pawn around your opponent’s king. However, this was the beginning of the end and Max used all his knowledge for getting the full point. A fantastic win for Max. It also helped Clevedon to a great team win, too. 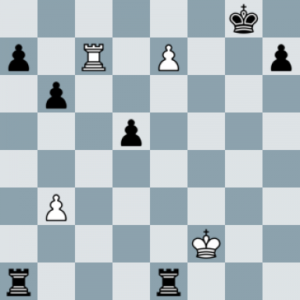 The winning game for the best Junior game at the Boniface Memorial 2018, Round 4. Well done Oli ! 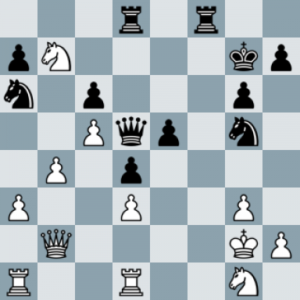